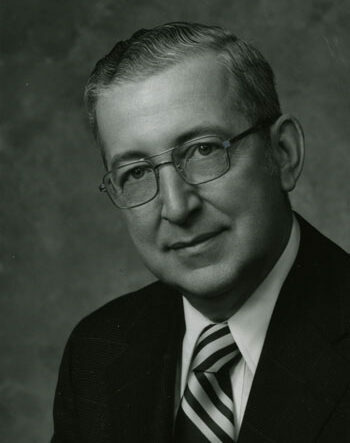 John W. Ditzler, M.D. was installed as President of the American Society of Anesthesiologists at
the final meeting of the 1975 ASA House of Delegates on Wednesday, October 15, during the
ASA Annual Meeting in Chicago.

He succeeds Dr. Frank Moya, Miami Beach, who held office during the past year.

Dr. Ditzler was appointed Northwestern Professor in 1966. Prior to that, he was Assistant
Director, Department of Anesthesiology, Henry Ford Hospital, Detroit, where he was also
Medical Board Secretary and Chairman of the Pharmacy Committee.

Dr. Ditzler has served as consultant to the Medical Division of the United Presbyterian Church,
and has made medical inspection trips for the church to India in 1962 and to Iran in 1965.

In 1946-48 and 1950-52, Dr. Ditzler was a U.S. Army medical officer, during which time his
posts included those of District Physician, Panama Canal Health Department, and Chief of
Anesthesia and Operating Rooms, Valley Forge General Hospital, Phoenixville, Pennsylvania.