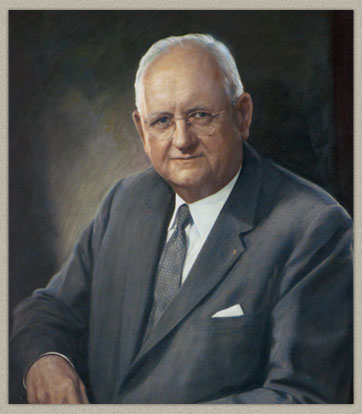 The establishment of the Wood Library-Museum was based on the personal collection of its founder, Dr. Paul M. Wood. Following family tradition, Dr. Wood developed a collecting instinct which grew out of a love for books. Early in his career, Dr. Wood recognized the scarcity of old anesthesia literature. At great expense and through his association with pioneer anesthesiologists, he collected and built a valuable library-museum of anesthesiology.

In the early 1930s, Dr. Wood formally presented his personal library-museum to the American Society of Anesthesiologists (ASA). The naming of the Wood Library-Museum of Anesthesiology coincided with Dr. Wood’s appointment by the Society as permanent librarian-curator.

Dr. Wood was instrumental in soliciting space from Squibb & Sons in New York where the library-museum was housed from 1937-1947. Incorporation of the Wood Library-Museum as a nonprofit educational institution officially occurred in 1950 in the state of New York. Until 1963, when it was officially dedicated in Park Ridge, Illinois, the library-museum was housed in several makeshift locations. Upon merging with ASA in 1971, the New York incorporation was dissolved, making it a section of the society. In 1987, the incorporation of the Wood Library-Museum as a nonprofit organization in Illinois under the auspices of ASA renewed its commitment to the historical, educational and archival preservation of the heritage of anesthesiology.

Listen to a lecture given by Dr. Wood in 1955 – The History of Anesthesia Apparatus