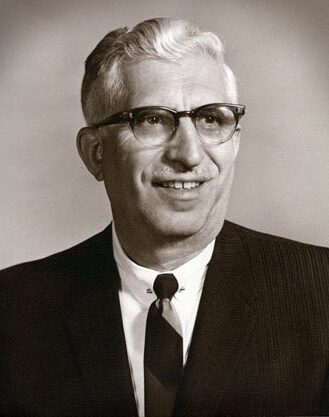 Dr. Perry P. Volpitto of Augusta, Georgia was installed as President of the American Society of
Anesthesiologists at the close of the annual meeting. He succeeds Oliver F. Bush of Dallas,
Texas.

Dr. Volpitto is professor and chairman of the Department of Anesthesiology at the Medical
College of Georgia and has been associated with that institution since 1937.

The new President of the ASA received his medical degree from Western Reserve University in
1933 and interned at the State of Wisconsin General Hospital, Madison, Wisconsin. He later
became a resident in Anesthesiology at the same hospital and followed that by a residency at
Bellevue Hospital in New York City.

In his more than 30 years as a physician, Dr.Volpitto has made many contributions to the
advancement of his specialty through service to the ASA on the state and national level. He has
held many important posts in the ASA and now begins a year’s service in the highest position in
the Society.

Dr. Volpitto is a Diplomate of the American Board of Anesthesiology and a Fellow of the
American College of Anesthesiologists. He has contributed many articles to scientific
publications and has done extensive research work on blood pressure monitoring, ventilation
studies, and electro analgesia as well as obstetrical amnesia and analgesia.