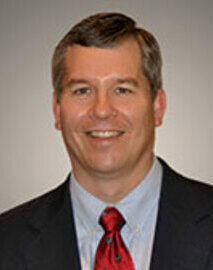 George Stephen Bause is the oldest child of Suzanne Bause and USAF Colonel Henry Bause (Ret.), onetime chaplain to Cape Canaveral’s astronauts. An Eagle Scout and military dependent – living in 12 homes in 20 years, including four years in Europe – George learned to pack items, cross borders and appease authorities who would later challenge him as the “Indiana Jones of anesthesia antiquities.”

He launched departmental anesthesia museums at Johns Hopkins and then at Yale, while an associate professor. Since 1987, Dr. Bause has curated ASA’s Wood Library-Museum of Anesthesiology (WLM). While a clinical associate professor at Case Western Reserve University, he shipped rare books or hand-carried anesthesia antiques back to the WLM from all seven continents. Curator Bause has amassed the world’s finest collection of pre-1850 anesthesia inhalers, including ones designed by Robinson and Squire.

Dr. Bause’s popular “Anesthesiology Reflections” and 605 total publications (348 in peer-reviewed journals), exhibits, and acquisitions were hailed as “simply stunning” and “nearly unfathomable” by the editors-in-chief in 2015 of Anesthesiology and the Journal of Anesthesia History (JAH), respectively. The past editor-in-chief of Anesthesia & Analgesia named Dr. Bause “the driving force” behind his journal’s only historical issue. JAH’s editor-in-chief accused “founding deputy editor” Bause of delivering “ripping lectures” on six continents as anesthesia history’s “best ambassador.” A member of the “highest-per-mill-IQ” Triple Nine Society and American Osler Society, Dr. Bause is the only physician-fellow of the American Academy of the History of Dentistry and is the current president of the Academy of Anesthesiology.

Dr. Bause was awarded the Laureate by an international panel of judges of notable medical historians and active leaders in the history of anesthesiology, critical care and pain medicine.