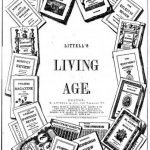 Abstract: Abbot discusses the requisites for the claim of a scientific discovery and supports Charles T. Jackson as the discoverer of anesthesia.

General Notes: Abbot requests a statement from Dr. Jackson detailing his discovery which is reproduced within this article.

General Notes: Includes a postscript by the editor of Littell’s Living Age in support of Abbot’s assertion.

General Notes: In a protective enclosure.