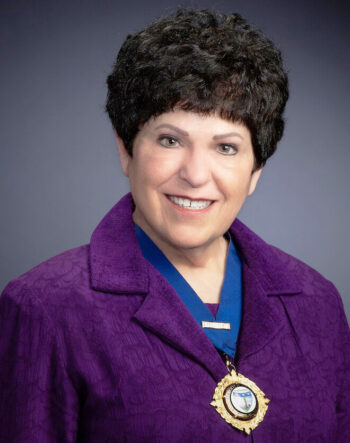 Beverly K. Philip, M.D., FACA, FASA, founding director of the Day Surgery Unit at Brigham and Women’s Hospital and professor of anaesthesia at Harvard Medical School in Boston, is president of the American Society of Anesthesiologists (ASA). She was elected for a one-year term in October 2020.

Dr. Philip is the immediate past president of the International Association for Ambulatory Surgery (IAAS). She also served as president of the Society for Ambulatory Anesthesia (SAMBA) from 1991-1992 and the Massachusetts Society of Anesthesiologists from 2008-2009. As ASA vice president for scientific affairs, Dr. Philip served ex officio on the Foundation for Anesthesia Education and Research (FAER) Board of Directors and Wood Library- Museum of Anesthesiology (WLM) Board of Trustees.

Dr. Philip received her Bachelor of Arts from Queens College, CUNY, in New York and her Doctor of Medicine from Upstate Medical University, SUNY, in Syracuse, New York. She completed her anesthesiology residency and research fellowship at Peter Bent Brigham Hospital and Harvard Medical School. Dr. Philip is a diplomate of the American Board of Anesthesiology and National Board of Medical Examiners.