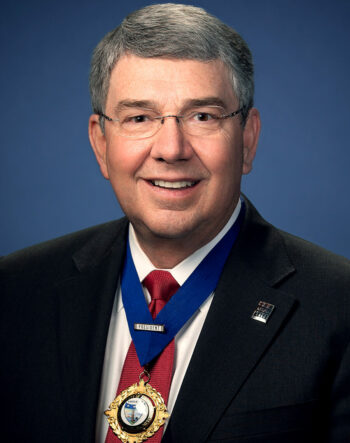 Dr. Champeau is a member of ASA’s Executive Committee and Administrative Council. He has served ASA in numerous roles, including ASA president-elect, first vice president, treasurer and assistant treasurer. He has also served on ASA’s Committee on Government Affairs, the Committee on Practice Management and the PAC Executive Board. In addition to his commitments to ASA, Dr. Champeau is past president of the California Society of Anesthesiologists and was president of the medical staff at Lucile Packard Children’s Hospital Stanford in Palo Alto, California. He is a member of the California Medical Association and American Medical Association, as well as a fellow of the American Academy of Pediatrics. He is also a recipient of the California Society of Anesthesiologists’ Distinguished Service Award and the Lucile Packard Children’s Hospital Distinguished Medical Staff Service Award.