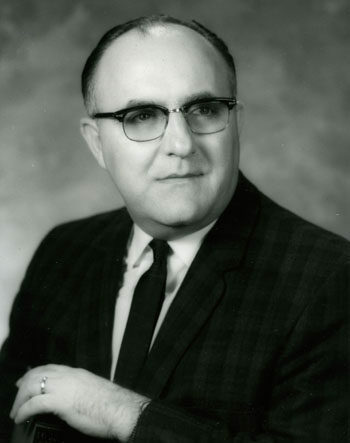 Dr. Nicholas G. DePiero of Cleveland, Ohio was installed as President of the American Society
of Anesthesiologists at the close of the Society’s Annual Session in Philadelphia last month. He
succeeds Dr. John J. Bonica of Seattle, Washington.

When Dr. DePiero was elected President Elect of the ASA a year ago, he approached the summit
of a long and dedicated career to the ASA and anesthesiology. In preparation for his year as the
Society’s chief executive, Dr. DePiero has served in many vital capacities both on the state and
national levels.

His five-year tenure as Treasurer of the ASA has particularly prepared him for the
responsibilities that relate to administration of the largest budget for scientific and educational
projects ever adopted by the Society.

Born in New Castle, Pennsylvania, near Pittsburgh, Dr. DePiero received his undergraduate
training at Geneva College and in 1942 was awarded his M.D. from Hahnemann Medical
College in Philadelphia.

He served his internship as well as a residency in anesthesiology at Huron Road Hospital in
Cleveland and has been a leading figure in the growth of the specialty in that area ever since. He
is currently Director of Anesthesiology and of Medical Education at Marymount Hospital,
Cleveland.

Dr. DePiero is known as a key figure in the development of the ASA Relative Value Guide and
other important aspects in the economics and ethics of anesthesiology.