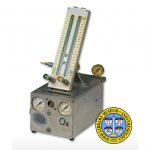 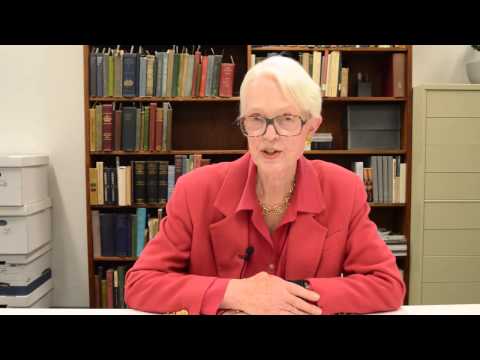 Arnold St. Jacques Lee (1921-2001) was a medical engineer and designer who worked with several anesthesiologists at the Presbyterian Hospital and at Columbia University, in New York City.  Together, they developed this prototype of the first device to protect patients from being given anesthetic gas without oxygen. The article that announced and first described this apparatus was published in 1962.  Oxygen safety devices developed since are known by many different names, including "oxygen failure safety device," "low-pressure guardian system," and "nitrous oxide shutoff valve." Such oxygen safety functions have been a required component of continuous-flow anesthesia machines since 1979. This prototype was donated to the WLM in honor of inventor Arnold Lee by Robert Epstein, M.D.

Note Type: General
Notes: Title is based on the 1962 article by RM Epstein, H Rackow, ASJ Lee, and EM
Paper that described the new device, as well as a 2003 unpublished summary by
Dr. Epstein titled, “Notes on Arnold Lee’s Original ‘Fail Safe’ Device.”

Note Type: Acquisition
Notes: Donated to the WLM by Robert M. Epstein, M.D., 2/7/2003, along with a black,
rubber, oxygen hose, and a laminated, letter sized, double sided summary of
the device.

Note Type: Historical
Notes: Arnold St. Jacques Lee (1921-2001) was a medical engineer and designer who
worked with several anesthesiologists at the Presbyterian Hospital and at
Columbia University, in New York City, including Robert M. Epstein, Herbert
Rackow, and Emanuel M. Papper (Epstein, et al., 1962; Kofkew, 2004). With
input from the anesthesiologists Lee developed this prototype of the first
device to protect patients from being given anoxic anesthetic gas. Creation
of the safety device was inspired by serious accidents where there was a
failure of the oxygen supply during the administration of anesthesia. Three
such cases are shared in the 1962 article that announced and first described
this apparatus (Epstein, Rackow, Lee, Papper, 1962). This first device was
designed to shut off the flow of anesthetic gas if the flow, or pressure, of
O2 diminished or halted. It was still up to the anesthesiologist to notice
that there was no longer a flow of anesthetic gas. Devices developed since
this first fail-safe are known by many different names, including “oxygen
failure safety device”, “low-pressure guardian tem”, and “nitrous oxide
shutoff valve” (Dorsch, Dorsch, 2008). Such oxygen safety functions have
evolved and become a required component of continuous-flow anesthesia
machines since 1979 (American National Standards Institute, 1979).

Note Type: Historical
Notes: During the development of the fail-safe device the designer, Arnold St.
Jacques Lee, was the chief medical engineer and director of research and
technical personnel at the research laboratory Invengineering, Inc. (Gribbin,
Krogfus, 1960).