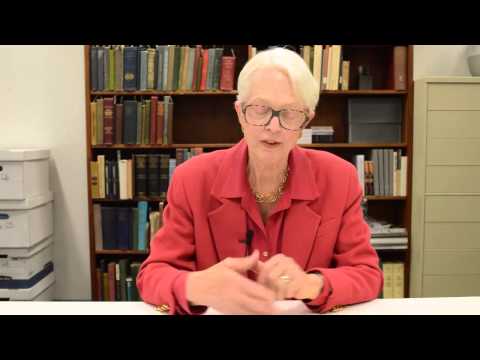 Founded by Richard von Foregger (1872-1960), the Foregger Company was a major manufacturer of anesthesia equipment and contributed significantly to the development of the practice of anesthesiology. It was not unusual for Foregger to work closely with prominent anesthesiologists to design equipment for personal use, as well as for mass production. Around 1924 the "Old Gray Mare" was made by Foregger specifically for Dr. Arthur E. Guedel (1883-1956), based on Guedel's specifications. It is the first known cabinet-style anesthesia machine, with a built-in table top and drawers. This eventually became a standard structural design for anesthesia machines. Guedel steadily relied upon this apparatus for such a significant number of anesthesia cases that he was known to refer to it as the "Old Gray Mare." Engraved into the table top are numerous signatures made in tribute to Guedel by his colleagues. Dr. Guedel is well known for having developed a guide to the stages and physical signs of ether anesthesia. Anesthesiologists around the world relied upon the guide for nearly half a century. Additionally, Guedel designed a popular oral airway that is still in use today. He also played a pivotal role in the development of inhalation anesthesia by carefully developing, testing and improving an endotracheal tube with an inflatable rubber cuff.

Note Type: With
Notes: Accompanying the apparatus (discovered in one of its drawers) is a
handwritten poem, based on the tune, “My Bonnie Lies Over the Ocean”. Two
stanzas from the poem follow: Second stanza, “The birdie in the gilded cage
[new line] Is chirping sad and lone, [new line] She misses Dr. Goodle [new
line] And wants him to come home”, and fifth stanza, “The old gray mare is
whinneying [new line] Disconsolate and sad, [new line] From lonliness and
sorrow [new line] She’s gently going mad” [poem transcribed verbatim].

Note Type: Physical Description
Notes: One anesthesia machine with a table top and four legs on wheels; This
description is based on the perspective of a user facing the front of the
device, i.e. “left” is the user’s left, “right” is the user’s right; Below
the table top are three drawers, and below the area that holds the three
drawers is a space for a foot-operated bellows when they are not in use;
There is space under the back, and the right and left sides of the table top,
between the sides of the drawers and the legs, for gas tanks, an ether bottle
and an oxygen flowmeter; There are holes along the sides and back of the
table top for knobs and gas tank yokes; The ether bottle/vaporizer is just to
the right of the front of the drawers; The glass bottle of the ether
vaporizer is missing; A glass-encased oxygen flowmeter is just to the left of
the front of the drawers; The flowmeter is numbered from 100 to 650 in
increments of 50; The flow meter is also marked, between some of the numbers,
with “WATER”, “CC”, and “O2”; “Old Gray Mare” is engraved into the table top,
as are numerous signatures of Guedel’s colleagues; The paint on the legs and
drawers has numerous stains and chips and the leather of the bellows has been
painted white and glued to the shelf.

Note Type: Reproduction
Notes: Photographed by Mr. William Lyle, 9/23/2010; In order to present an image of
the apparatus in the best state possible, it was photographed with generic
gas tanks (or cylinders) from the Parts Collection.

Note Type: Historical
Notes: During the early part of the 20th Century it was not unusual for Foregger to
work closely with anesthesiologists, especially prominent anesthesiologists
such as Arthur Guedel (1883-1956), to design equipment for personal use, as
well as for mass production. The “Old Gray Mare” was made specifically for Dr
Guedel by Foregger based on Guedel’s specifications. Foregger, founded by Dr
Richard von Foregger (1872-1960), was a major manufacturer of anesthesia
equipment and contributed significantly to the development of the practice of
anesthesiology. Guedel steadily relied on this apparatus for such a
significant number of anesthesia cases, and years, that he was known to refer
to it as the “Old Gray Mare” as well as the “Old Gray Nurse.”

Note Type: Historical
Notes: Guedel is well known for having developed a rubber oral airway, and a guide
to the stages and physical signs of ether anesthesia which anesthesiologists
around the world relied upon for half a century. He also played a pivotal
role in the development of inhalation anesthesia by carefully developing,
testing and improving an endotracheal tube with an inflatable rubber cuff.
He creatively demonstrated the reliability of the ET tube’s seal by
anesthetizing, intubating and completely immersing a dog in water at the
beginning of presentations. At the conclusion of his presentations he would
remove the dog from the water, extubate and quickly recover the dog back to
its healthy pre-intubation condition. Guedel’s character and career inspired
a group of anesthesiologists to found the Arthur E. Guedel Memorial
Anesthesia Center in 1963. Presently it is housed within the Health Sciences
Library at California Pacific Medical Center, in San Francisco.