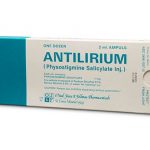 The seeds of Physostigma venenosum, also called calabar bean or ordeal bean, contain the naturally occurring poisonous chemical, physostigmine. The plant is native to west Africa, where its most notorious use was as an ordeal to detect practitioners of witchcraft; if the accused died from ingesting the poison, he was considered guilty. The plant was first scientifically studied by Europeans in the 1850s. It was clinically introduced in 1864. The plant's alkaloid, physostigmine, is a cholinesterase inhibitor. In the 1920s, German-born chemist Otto Loewi (1873-1961) conducted studies of physostigmine that led to the discovery of biochemical transmitters, for which he received the 1936 Nobel Prize in Physiology or Medicine. Physostigmine has been used by anesthesiologists to quickly reverse the effects of atropine, sedatives, antidepressants and neuromuscular blocking agents (also called muscle relaxants). It was first synthesized in 1935 by American chemist Percy Lavon Julian (1899-1975). The Antilirium brand of physostigmine salicylate was made by O'Neal, Jones and Feldman Pharmaceuticals, which was based in St. Louis, Missouri. Antilirium could be administered either by intramuscular injection, or intravenously.