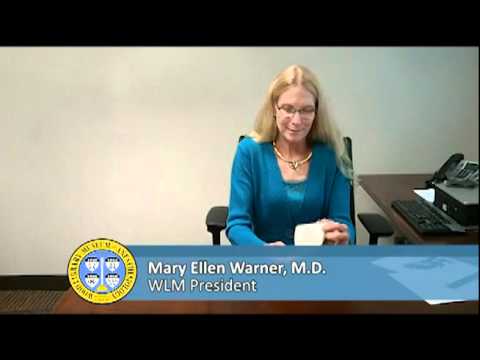 In 1896, English physician and inventor Robert J. Probyn-Williams, M.D., F.F.A.C.R.S. (1866-1952) became the first staff anesthetist at the London Hospital. At that time the eminent Sir Frederic W. Hewitt, M.D. (1857-1916,) served there as instructor in anesthetics. In 1901, the second edition of Hewitt's influential textbook was published, containing a description of the Hewitt wide-bore ether inhaler, made by Geo. Barth & Co.

That same year, the first edition of Probyn-Williams' first textbook was published. In early 1903, Probyn-Williams described his own wide-bore ether inhaler, made by Mayer & Meltzer. Like Hewitt's, it was a modification of the Clover Inhaler. Probyn-Williams' second textbook was published one year later. In 1906 he served as president of the Society of Anaesthetists, the first professional organization in the specialty. He was elected a Fellow of the Faculty of Anaesthetists of the Royal College of Surgeons in 1948, the first year this honor was awarded.

Note Type: General
Notes: The first year in the range of possible dates of manufacture is based on the earliest descriptions of the inhaler found by the cataloger; it was exhibited by the manufacturer in 1902, and described by the inventor in 1903.

The second year in the date range is based on the latest contemporary reference to it found by the cataloger.

Described from the perspective of the user. The larger end of the oval, which holds the indicator, is considered the front. The cataloged example lacks the mask and rebreathing bag that would have accompanied it when new.

The larger end of the oval, facing the user, holds an indicator vane that pivots from left to right; The settings are marked on the top of the oval: “0, 1, 2, 3, F”; These markings are immediately in front of the elbow connector;

Mounted on top of the inhaler at the smaller end of the oval is a fill port that screws in and out, and can be fixed in place by a post latch; The cap of the fill port has a glass dome that is protected by a metal cage; In front of this port, the top of the body of the inhaler is marked: “Mayer & Meltzer [new line] London”.

Note Type: Historical
Notes: In 1896, English physician and inventor Robert J. Probyn-Williams, M.D., F.F.A.C.R.A. (1866-1952) was appointed to the fill the first position of anesthetist (as they were then known) at the London Hospital. At that time his fellow inventor, the eminent Sir Frederic W. Hewitt, M.D. (1857-1916,) was also on the staff there, serving as instructor in anesthetics. Just a few years earlier, the first edition of Hewitt’s textbook, Anaesthetics and their administration had been published.

The second edition of Hewitt’s textbook was published in 1901. This contained a description of Hewitt’s wide-bore ether inhaler, made by Geo. Barth & Co. The same year saw the publication of the first edition of Probyn-Williams’ own textbook, A practical guide to the administration of anaesthetics. This contained a description of his mouth gag. His own wide-bore ether inhaler, and his gag, were marketed in 1902 by Mayer & Meltzer, but he did not describe his inhaler until the following year. In 1904, Probyn-Williams’ second textbook, Golden Rules of Anaesthesia was published.

In 1906, Dr. Probyn-Williams served as president of the Society of Anaesthetists. This organization was founded in London in 1893, and in 1908 became the Section of Anaesthetics of the Royal Society of Medicine. He was elected a Fellow of the Faculty of Anaesthetists of the Royal College of Surgeons (FFARCS) in 1948, the first year that this honor was awarded. Dr. Hewitt appears not to have participated in professional organizations, but he is credited with “inaugurating the movement” toward more rigorous licensure requirements and improved patient safety (Lancet, 1916.)

The London instrument maker, Mayer & Meltzer (later Mayer & Phelps), was founded in 1863. A branch of the company was operating in Melbourne, Australia by 1905. The company continued to make the Probyn-Williams inhaler into the 1930s.

Dr. Kaye collected materials for a projected AuSA museum, but WWII intervened. As Australia prepared to enter the war, Dr. Kaye packed and put his collection into storage. At that time, he sent dozens of objects to the ASA, as gifts from the AuSA. These became part of ASA’s own fledgling museum, founded by Dr. Kaye’s friend and colleague, Paul Wood, M.D. (1894-1963.) The cataloged object is one of these.

After the war, the collection established by Dr. Kaye went to the Australian and New Zealand College of Anaesthetists (ANZCA) in Melbourne, Victoria, where it forms the basis of the Geoffrey Kaye Museum. The ANZCA is stated by Wikipedia.org to have been founded in 1934, but Dr. Kaye’s connection with its beginnings, if any, is not known. The ANZCA website does not suggest a founding date for the organization prior to the establishment of the Faculty of Anaesthetists by the Royal Australasian College of Physicians in 1952. The Australian Society’s own museum was established in the 1950s by AuSA co-founder and past-president, Harry Daly, M.D.