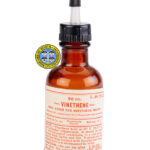 The chemical now called vinyl ether has also been known as divinyl ether, divinyl oxide, ethelenoxyethene, vinesthene and vinether. It was first described in 1887 by the German chemist, Friedrich W. Semmler. In 1930, pharmacologists Chauncey D. Leake and Mei Yü Chen published a study of this and other unsaturated ethers to determine their suitability as anesthetics. The first chemically pure vinyl ether was prepared by William L. Ruigh and Randolph T. Major in 1931.   The first clinical use of vinyl ether anesthesia was reported by physiologists Samuel Gelfan and Irving R. Bell in 1933. Numerous studies determined that it was four times more potent than ethyl ether, while having milder side effects. It  shared the advantages and disadvantages of the closely related chemical, ethyl vinyl ether. Both had desirable characteristics that made them good analgesic agents, able to provide a light plane of anesthesia for pain relief. But neither agent was well-suited to general anesthesia for invasive surgery. Made by the international pharmaceutical house, Merck, vinyl ether was sold under the brand name Vinethene. It was introduced in 1935, and was in wide use until the introduction of halothane in the mid-1950s. It continued to be made into the 1970s, but by 1960 it had already been reduced to the role of an induction agent for the open drop ether technique.   Vinethene should not be confused with Vinesthene Anesthetic Mixture, which combined vinyl ether and ethyl ether.