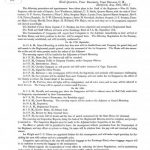 General Notes: “Regimental Order/Camp [Frum hild?]” inscribed on the back of the document.

General Notes: Samuel A. Cooley was the subject of Gardner Quincy Colton’s demonstration on the effect of nitrous oxide on December 10, 1844 in Hartford, CT. Cooley’s behavior under the influence of nitrous oxide inspired Horace Wells to self-experiment on it’s anesthetic properties and subsequently discover anesthesia.