Erskine A. The power of the sub-conscious mind. 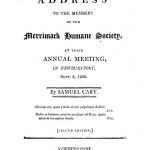 Catalog Record: Erskine A. The power of the sub-conscious mind.

Title: The power of the sub-conscious mind / by Alex Erskine.

Content Notes: Magnetic healing — Influence — Hypnotism — Personal magnetism — Suggestion — Therapeutic suggestion — Skepticism — Control of the nerves — Hypnotism not against the will — Waking state control — Sleep state of hypnosis — Theatrical hypnotism — Suggestion and medicine — “Mental attitude” in disease and health — Voluntary and involuntary mind power and clairvoyance — Telepathy and thought-reading — memory and the soul — Pain — “Hindoo” versus western hypnotism — The danger of being buried alive — Science of the breath — Science and the eye and mind — Deportment — Lessons in hypnotism — How to give the right suggestions necessary in making a permanent cure — Conclusion — Appendix.

General Notes: The appendix contains testimonials, the first from a dentist reporting the extracting of teeth from a patient who was hypnotized by Mr. Alex Erskine: “Extract from The Medical Times and Hospital Gazette … Dental Extraction Under Hypnosis. ‘Sir, the following facts may be of interest to your readers : On April 6th, 1970, I made several extractions for a patient , a young man, aged 20. The patient under hypnosis produced by Mr. Alex. Erskine. I removed roots of the second bicuspid, right side upper jaw, roots of the second bicuspid, left side upper jaw and the whole of the first bicuspid left side upper jaw. . . “

General Notes: Date an estimate base on a date cited in the appendix of this work and on another work by the author, “Hypnotism: the mystery of the sub-conscious mind and the power of suggestion.” 1st edition dated 1912
and second edition dated 1916 by the NLM.